I guess it is called stand up comedy because, well, the comedian stands up to do it. And I stood up and did it, for nearly 20 minutes!!!! On Saturday night just gone. 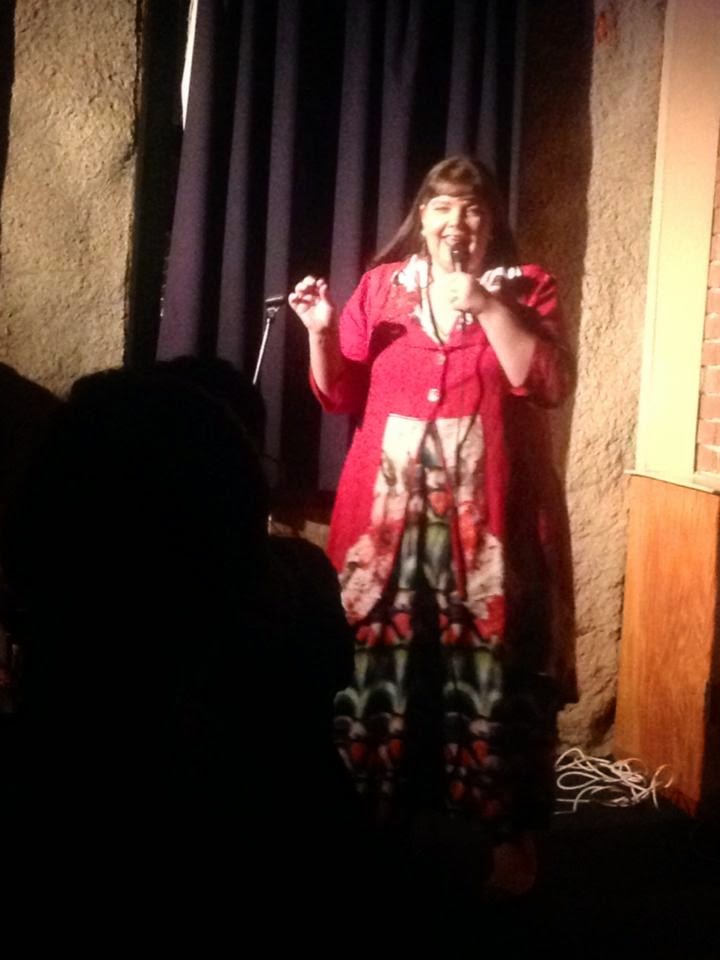 It was very hot as we were the second set of the night, a hot night at that, and both times the smallish bar was full. SO I was well pleased I wore light cotton!
I was thrilled to see so many people there I didn't actually know, but even more thrilled to see my lovely friend Emma there - she was in my Burlesque class and is just one of those people whose company is always fabulous. She took the action shot on her phone. 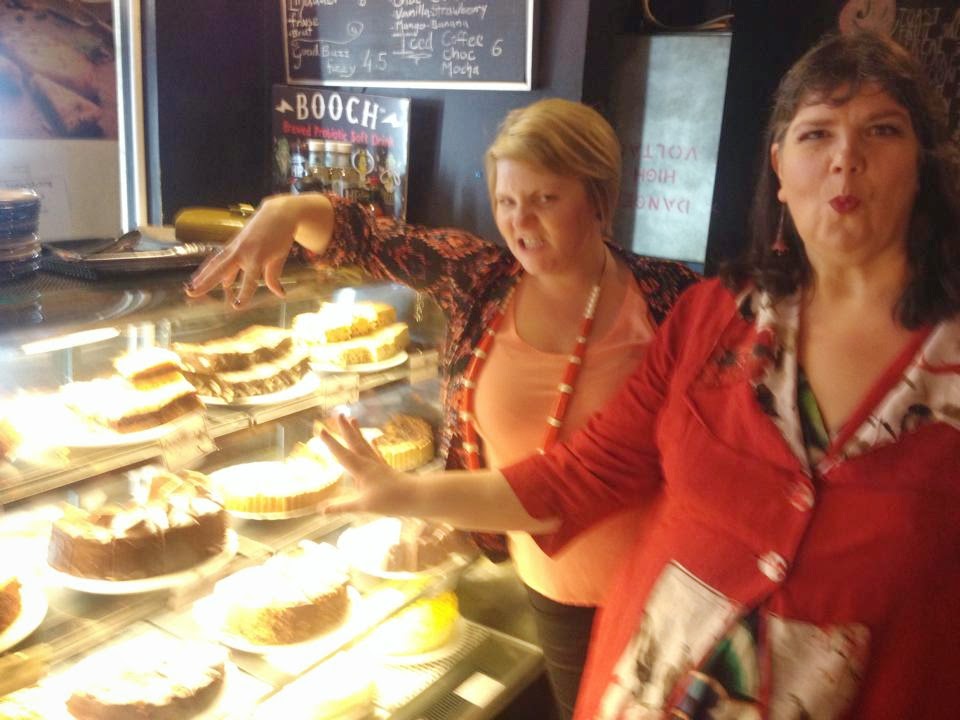 This is Emma and I at Enigma Cafe afterwards. Emma dragged us the whole length of Courtenay Place in search of Pie. It was worth it mind you.
Anyway what to say? My last set at my regular Thursday Night open mic was a total turkey, and I had never experienced this before. I was a bit freaked out given it was two nights before my proper debut as a stand up, but it also made me realise I had to take drastic steps to overcome my terrible memory.

I don't get stage fright, I am never nervous about being in front of people. But my mind can just blank out no matter how hard I try to memorise something. So, I got a big piece of paper and a black felt pen, and wrote my cues out in huge block letters. MrC sat at a front table with this held up against his knees. It was fantastic! And it amused the crowd too :)
As our one hour show featured three female comedians of whom I was the youngest by some years, I was expecting a mostly older audience, and indeed there were more over 40s there than I would expect. But there were plenty of  younger people too, making it a truly diverse crowd, Luckily they all found something to laugh at, not just during my set but also the others.

Will I do it again? too right! I love Constance and we do share some material, I do confess - I sang "Don't Copy Me, Lady Gaga" for example. But it IS nice to just be me, and it takes half the time to get ready!

Here she is! The cabinet has no back in it, so you get a bonus view of MrC in his peacock shirt, hanging bunting. 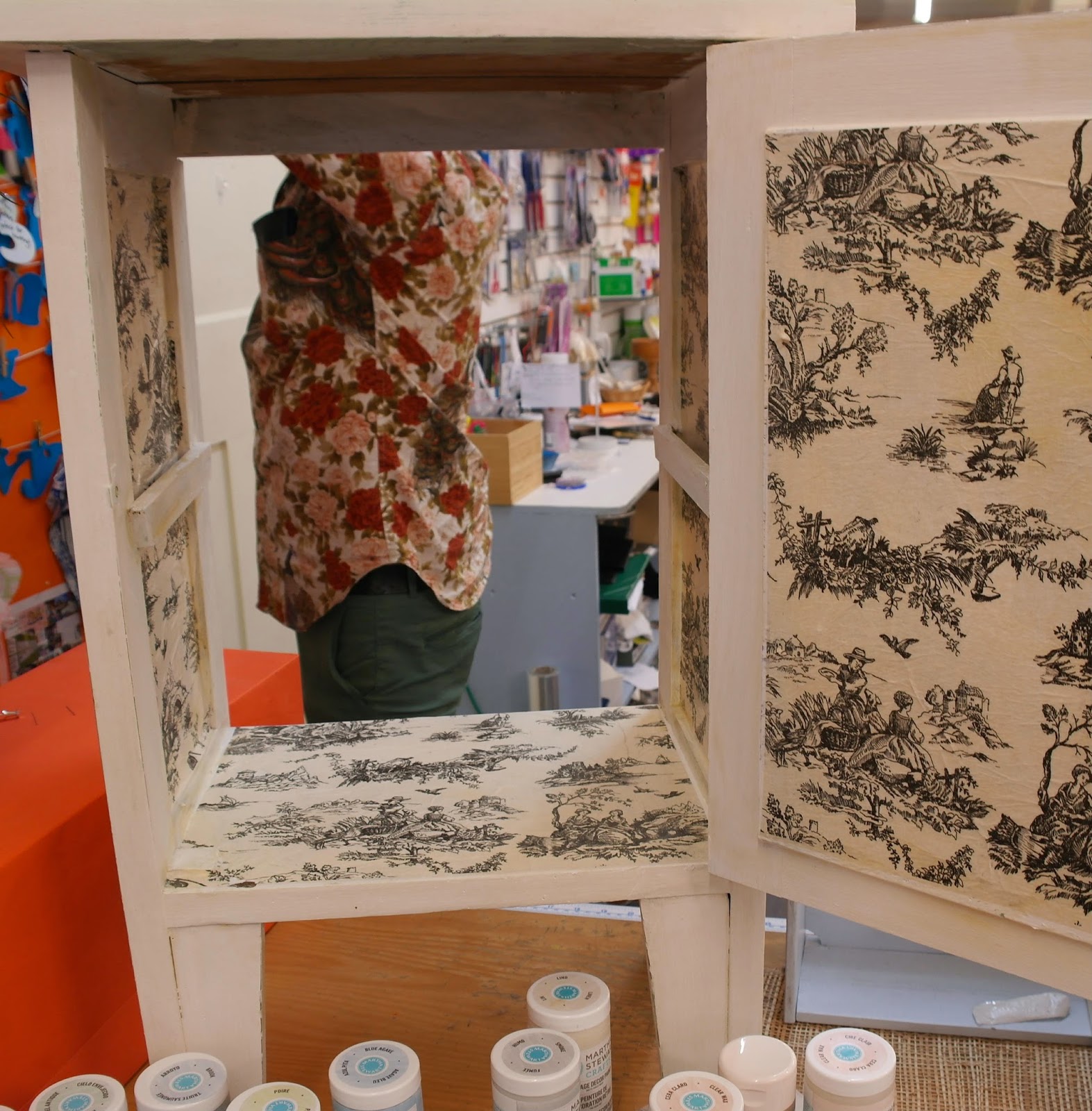 This is the front. I think I am ever so clever combining the chalk board paint with the chance to write about my project on the front. 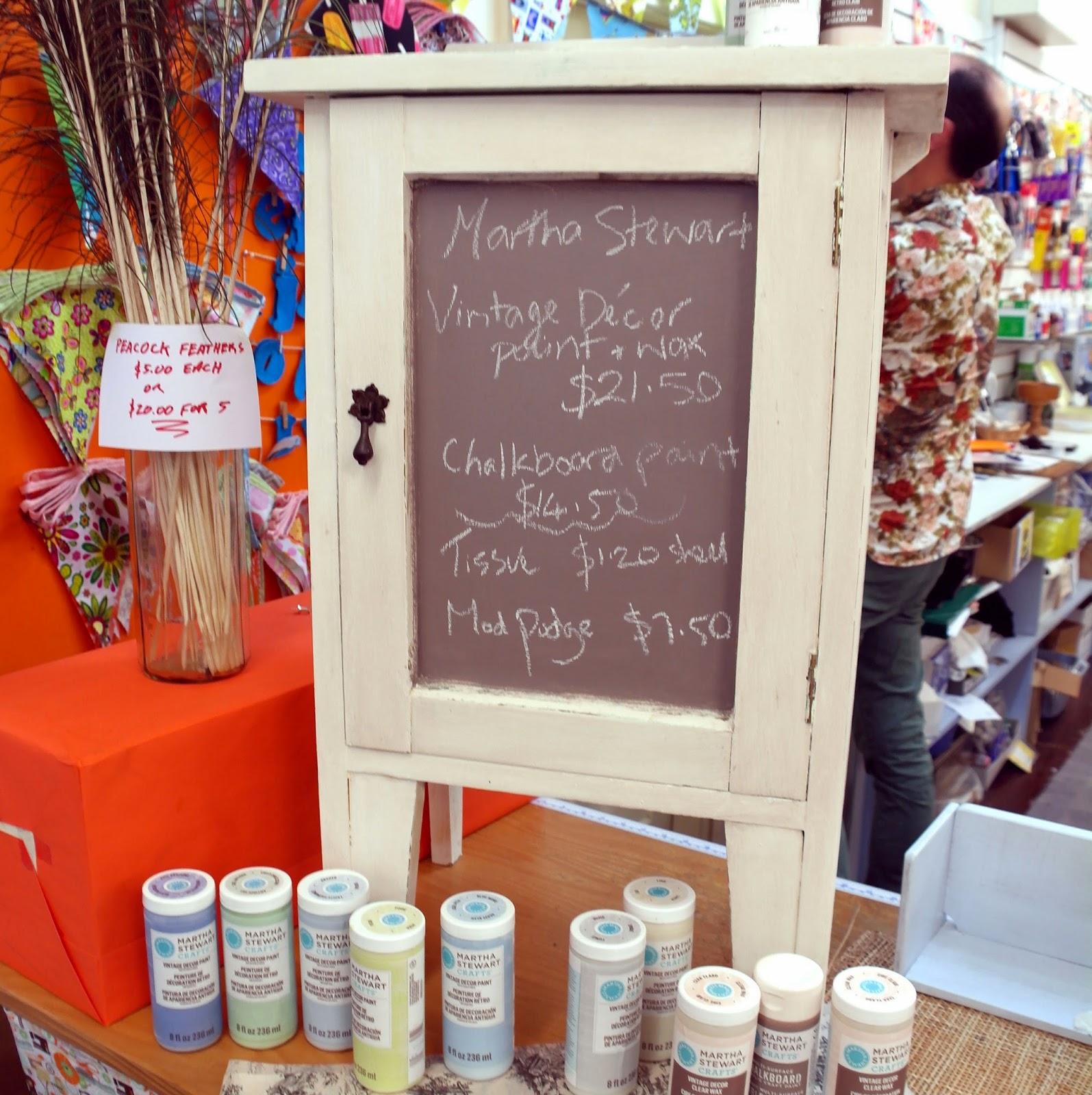 The wax was interesting - I painted it on fairly liberally and it made huge marks like nicotine all over it! I just about had a fit! Quickly I read the instructions (ahem, for the first time) and they said to put it on thinly and wipe the excess of with a damp cloth. Phew, much better! It undeniably aged the piece even more, so if you wanted a really white look I don't think it is the answer. Love me the aged look though!
Kirsty and Martha, you would be SO proud! MWAH MWAH!
Posted by MrsC (Maryanne) at 3:51 PM 7 comments:

People I swear I am turning into the terrifying love child of Martha Stewart and Kirsty Allsop.
Yes, I have discovered Vintage Decor Paint, distressing and decoupage. All at once. It's a wonder I haven't been transported to Henley on Thames.
But oh, it is FUN!! All this time I have been disdaining all this nonsense for being too middle class. But I did a quiz via Facebook called, "How Posh are you?" and it told me I was bang on middle class, so there you go.
Anyway, enough facetious banter, on with the project!!!
We've had this oak washstand forever. It has no back in it and has been used for everything from holding the stereo to a spare loo roll holder in the bathroom. It was in the shop being used as a general bit of surface, and I pounced on the chance to play with these new products.

I  used Martha Stewart's Vintage Decor paint in the colour Antique Sky, which is actually green. But after two coats I didn't like it, and decided it would make a nice show through after the distressing process. 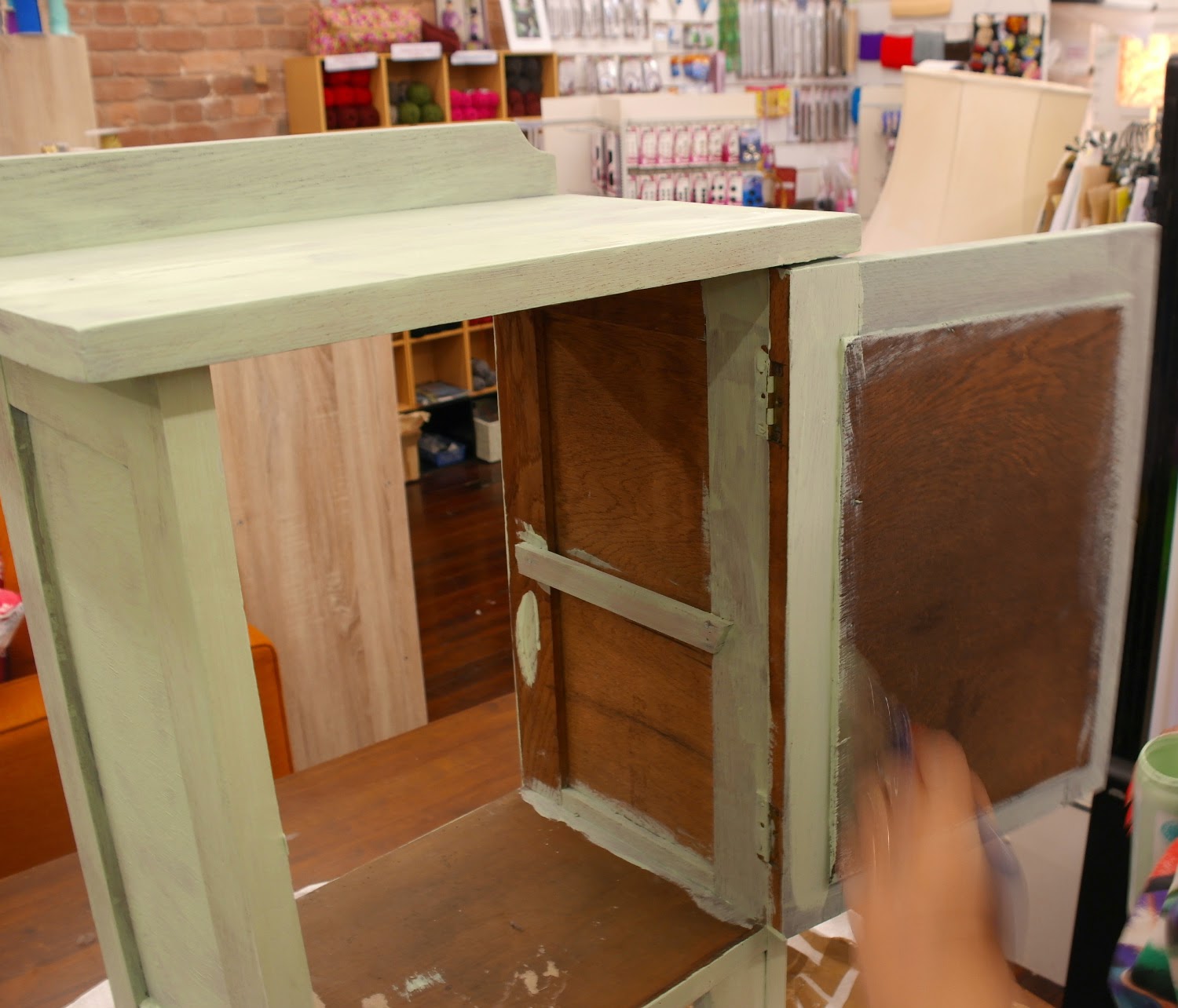 Two coats of Wedding Cake (white in Marthaspeak) later and we look like this. The colour isn't really white, because in spite of four coats, the oak darkens it to an aged linen colour which I LOVE. Phew. 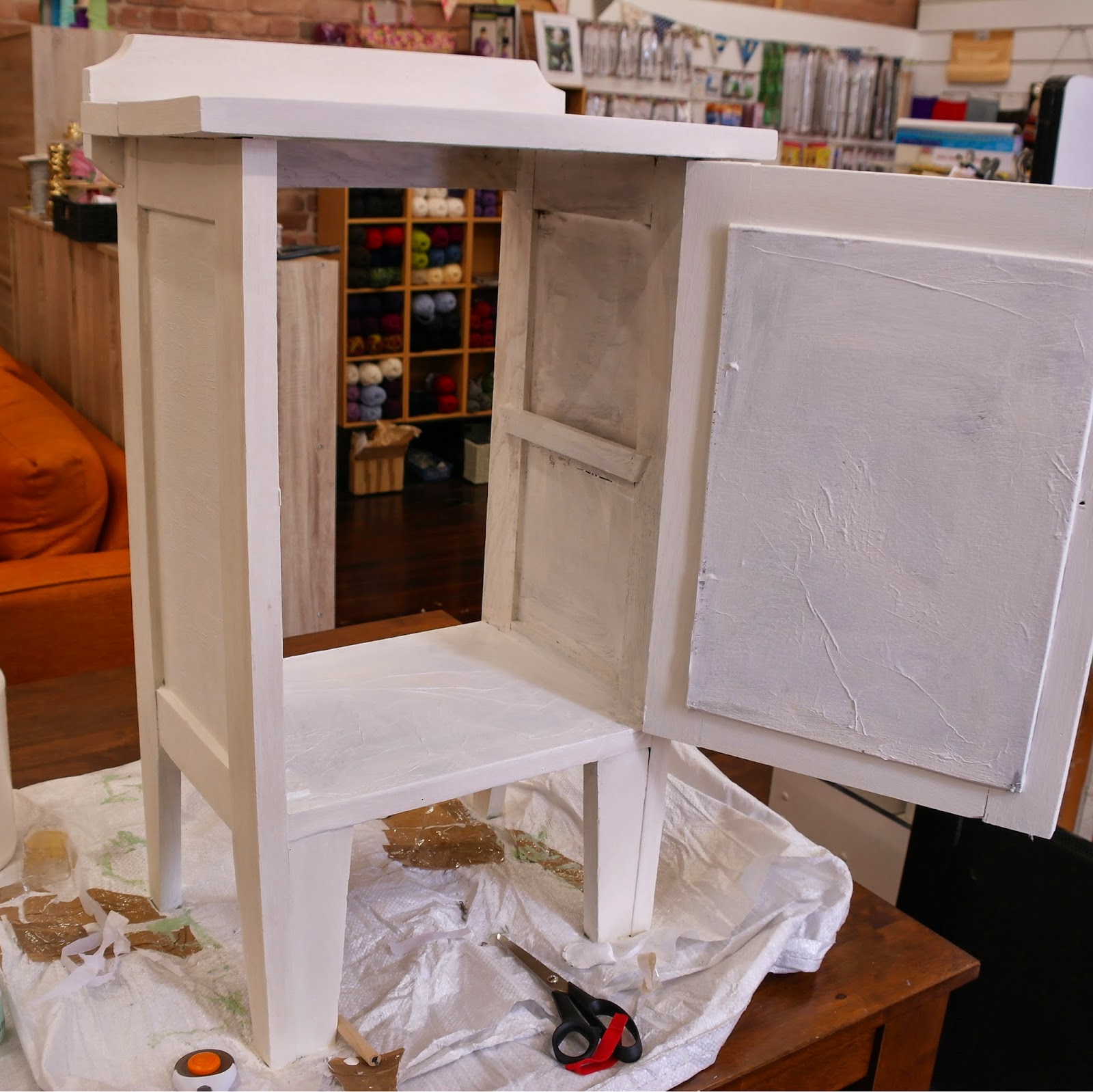 I hate sand paper, so I did as little distressing as I could. Really just on the hard edges, but oh I love it. The green is very subtle and the oak peeks through, er distressingly? 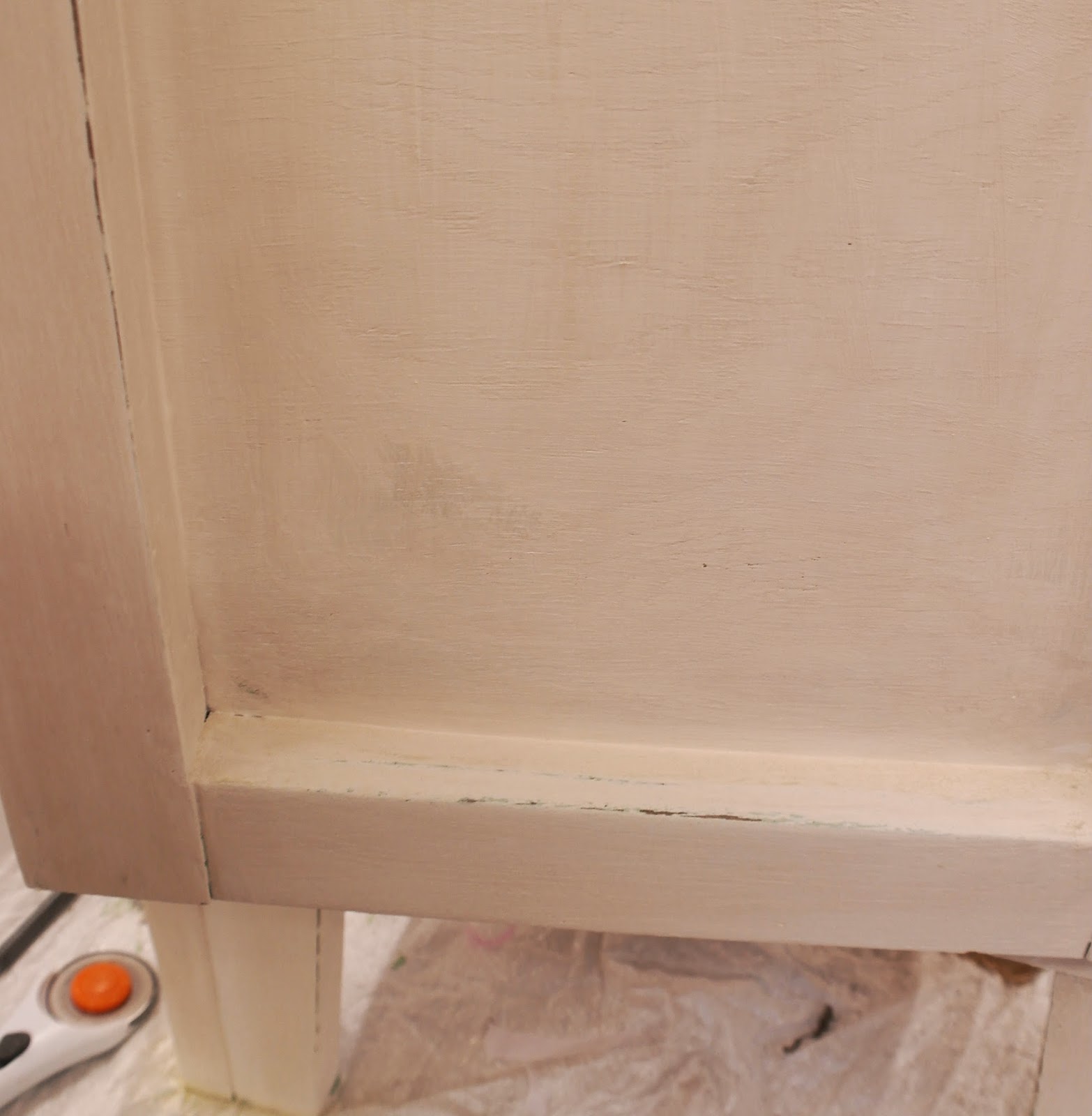 Don't cry little stand, you may be distressed but I love you!

Now wanting to make the inside more interesting, I reached for one of the cheapest and most glamorous things in my shop - patterned tissue. That toile du jouy to be precise, trying to hide behind the blue bunting. 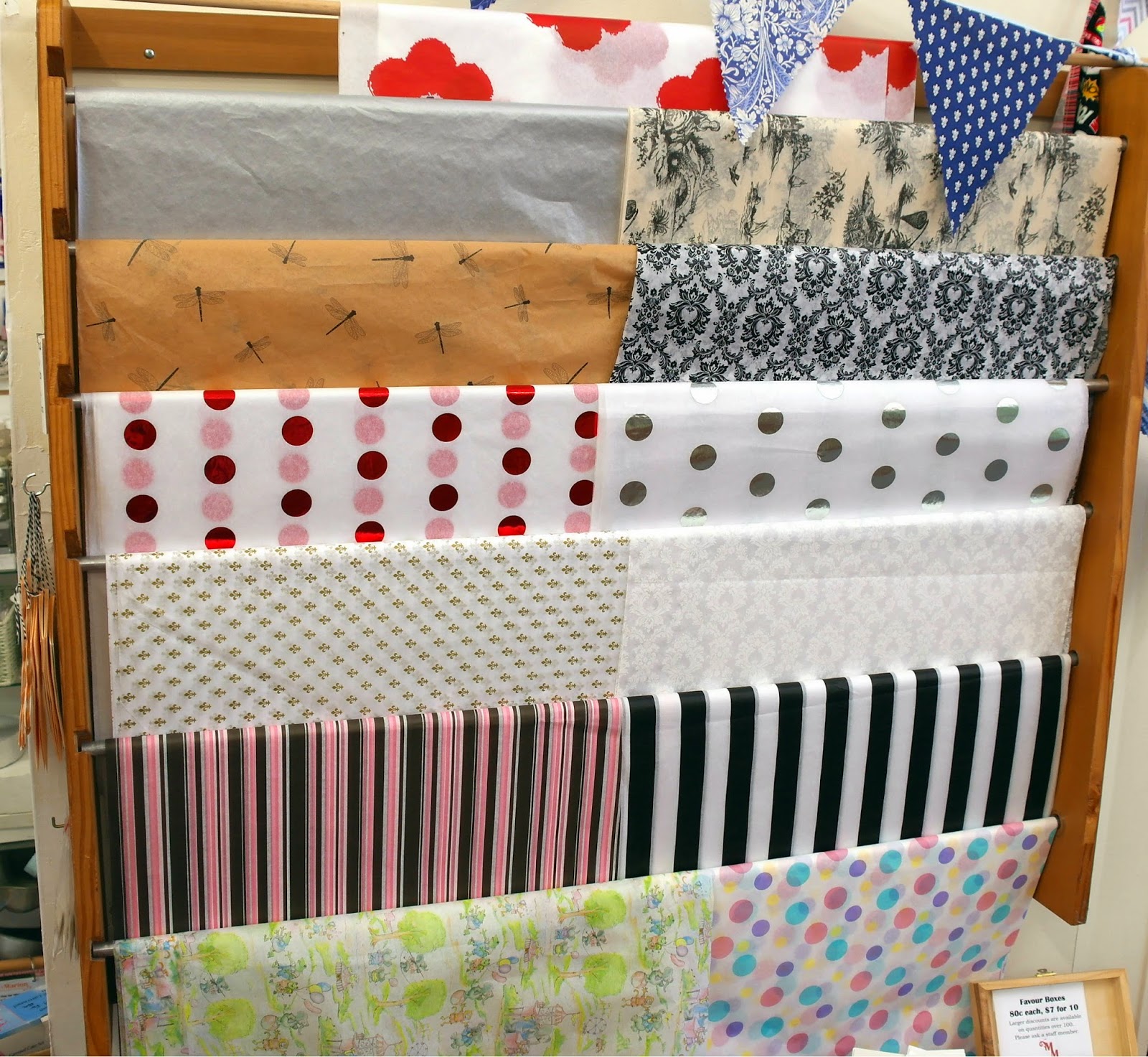 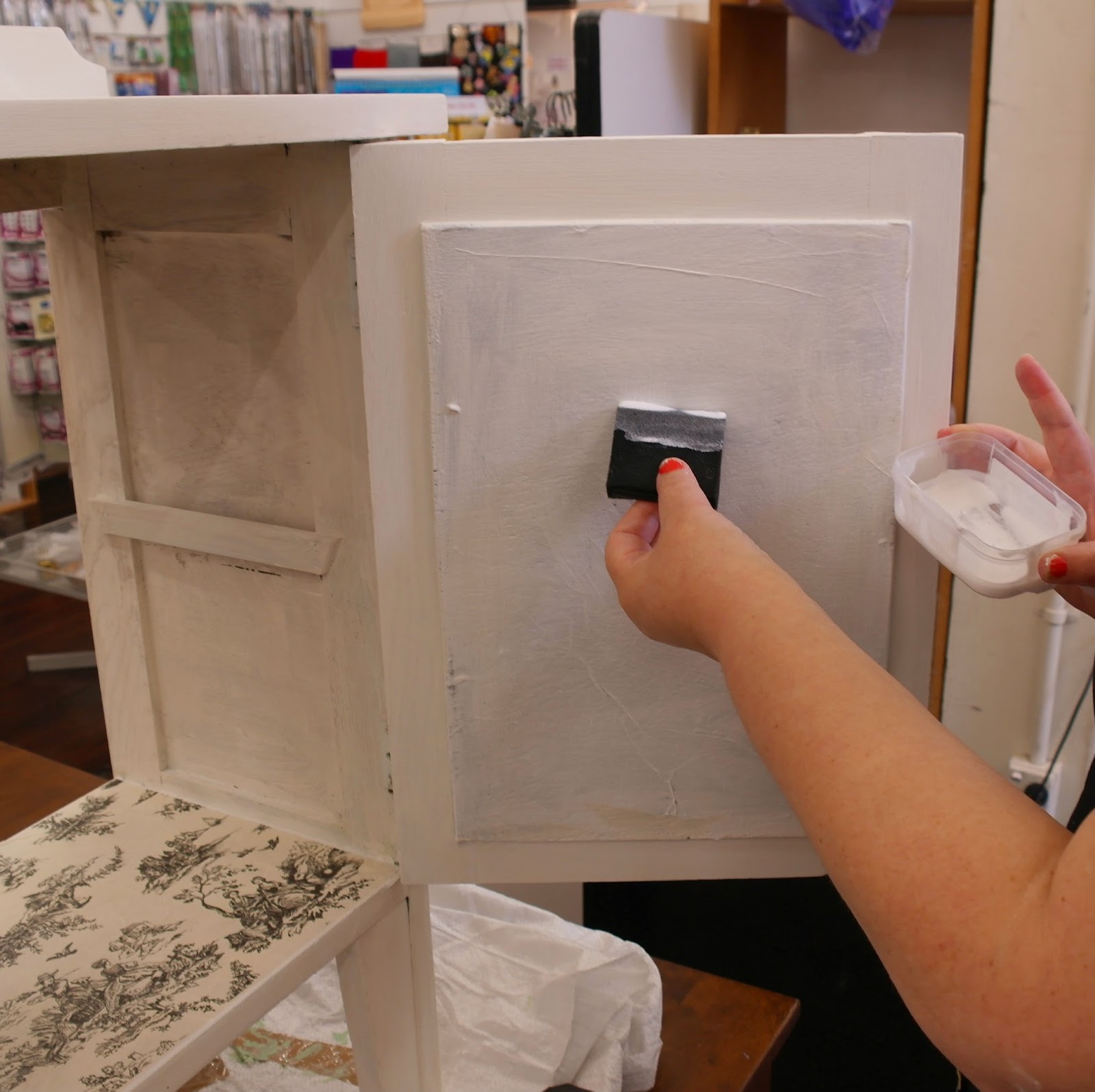 ...and a smoothing on of the tissue which has been cut to size. 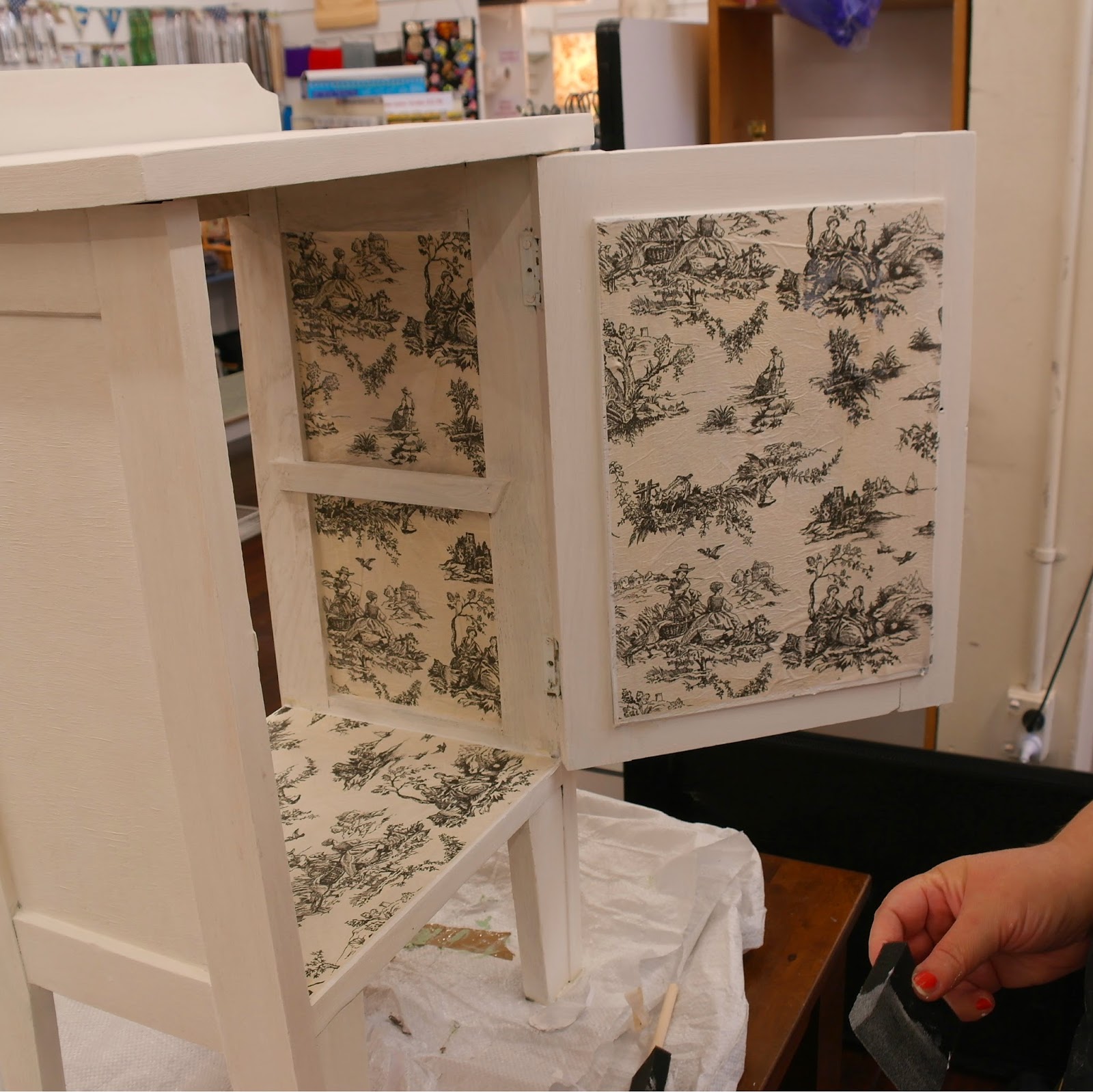 All that is needed now is a few more layers of Mod Podge on the tissue, a couple of coats of wax on the paintwork, and the Chalk board paint going into the front panel.
That which is not Martha Stewart is also made by Plaid, who actually make all of the MS stuff.
So what do you think of it so far? More to come!
Posted by MrsC (Maryanne) at 6:22 PM 9 comments: