Hello! I have been so busy "lifing" I haven't had a chance to talk about it! Typical! 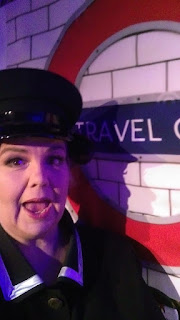 Three huge shows, day job and other stuff have just sucked my time away. But now I am an "unemployed bum" as the business is being run very well by the husband and staff, I have three weeks before my next stage appearance and just some free lance work and job hunting to take up my time. Oooh!
So, I'm a sharing about this show which is very dear to my heart We took Time Travel Cabaret to an air raid shelter in 1944. In the (obviously) fictitious Time Travel Cabaret tube station. Moi played the self appointed entertainment officer complete with made up uniform, the real husband played stage husband ARP warden and a group of wonderful performers cam together to play regulars and mystery visitors when the siren sounded, to entertain the audience. 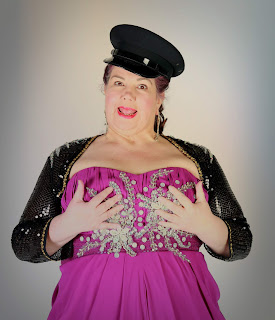 SO carry on! This publicity shot was done last year and I am not wearing me jacket because I forgot it had daisy buttons on it, so I improvised. 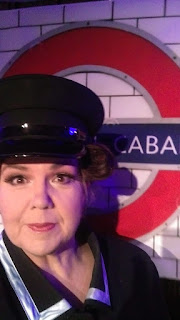 On the night, SO LITTLE MAKEUP. Goodness me! 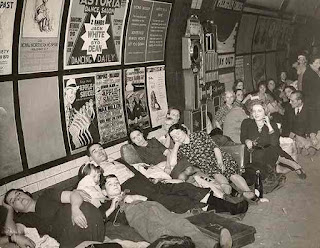 The grim reality - tube stations made ideal air raid shelters but what a miserable way to spend each night! It was interesting though how few people in the audience realised that people slept in these place EVERY NIGHT not just when a siren went off because by then it could be too late. And if you didn't have a ticket you'd be out on your ear. But Constance wasn't having any of that and found room for the newcomers. 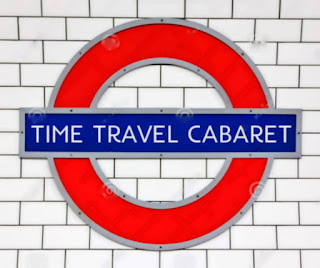 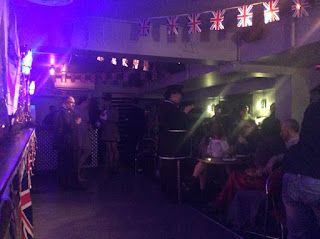 Sorry the light is a bit dusky! Here we are in our underground bar warming up the audience with a singalong. 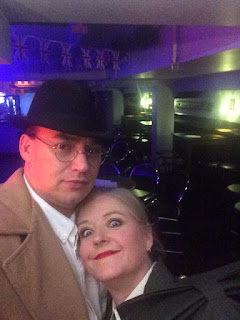 Where there's smoke there's fire - Andrew and Debbie are the other two corners of the producing triangle!
Posted by MrsC (Maryanne) at 3:47 AM 2 comments: